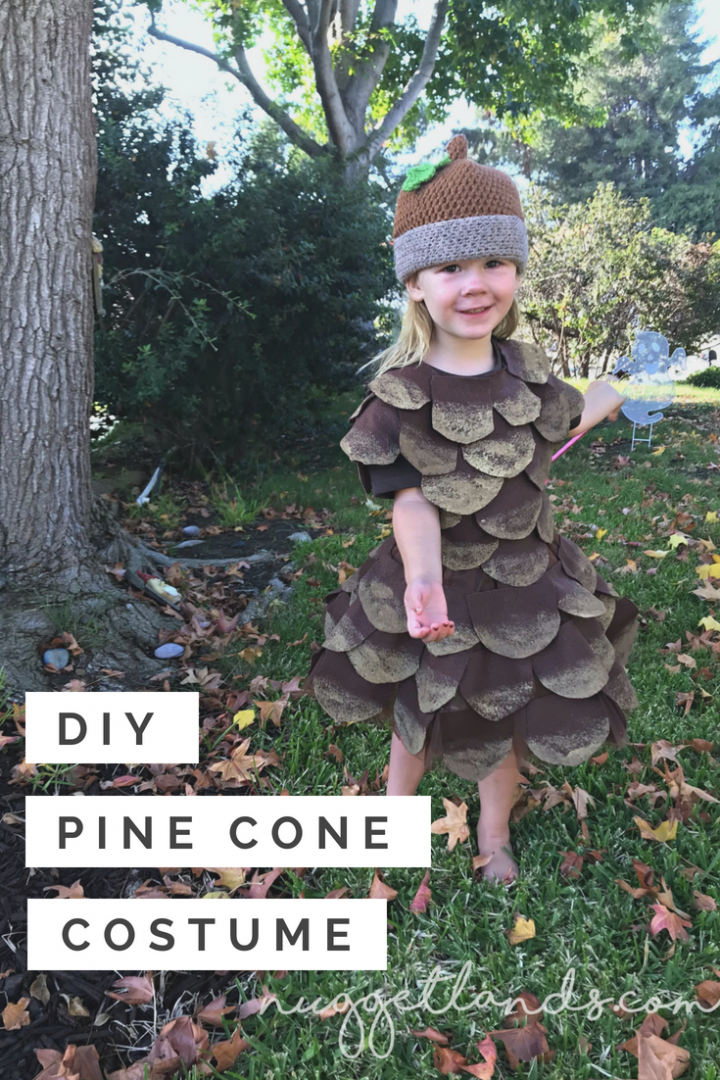 When my 3 year old and I were talking about what she wanted to be for Halloween this year, we scrolled through the Target website looking at all the costumes. She loved the Paw Patrol ones, thought the Batgirl costume was pretty cool but then told me, “No, no, no, I want to be a pine cone for Halloween”. And it stuck. I asked her about it the next day “I want to be a pine cone”. Finally we made the trip to the craft store and she decided that even though she loves pink AND purple, a pine cone it is.

While I adore her creativity and uniqueness…..not even on page 147 of Target’s costume selection am I going to find a pine cone costume. I did find a pine cone mascot for 327 UK Pounds. No. Thanks. And one DIY project on Pinterest but it didn’t really fit our pine cone vision.

I don’t shy away from craft projects, like our teacher appreciation gift or elements of Little Nugget’s first birthday, so it was game on. I winged it and it turned out better than I could have imagined.

This post contains some affiliate links – meaning if you click through the links and buy anything, the retailer will pay me a small commission at no additional cost to you! I never link to anything that I haven’t actually used.

How to make a Pine Cone

I ordered a brown t-shirt and brown tutu from Amazon to use as the base and they were surprisingly affordable. Then I bought a few pieces of felt to experiment with to make sure that was the right fabric. Felt is easy to work with because it’s hardy and forgiving and cheap! I got a few sheets for a dollar and experimented with a few sketches on the shape of the pine cone pieces. There is a fine line between pine cone and owl feather so I made sure that we stayed in our pine cone lane. Once I settled on the shape, I traced it on the felt and cut a few out.

Once I was happy with the size/shape, I bought a yard of brown felt and cut out as many pieces as I could. I laid them out on the shirt and tutu to get the pattern right. It felt like it was lacking depth.

I bought some light brown craft paint and sponge painted the edges of the felt. I flattened the tutu and started laying out the felt with straight pins.

Then it was time to glue. I started from the bottom and ended up not doing the top row shown above. I didn’t want to lose the elasticity of the waist band because of the glued felt. The No-Sew fabric glue worked pretty good but I ended up having to use my glue gun on a couple spots. I still felt that she needed something on her head. Thankfully I found this hat on Etsy and it was perfect.

I’m pretty happy with how this turned out. The true test will be if it can withstand the dance class, school parade and actual trick or treating. The most important part though is that Big Nugget is so excited about her costume.

Looking for even more unique DIY Halloween costume ideas? Check out our round up here!

This week we upgraded to the jumbo box from @yasuk

8 goals today for this girl in her first “big ga

I posted something this morning about the Supreme

First day back at the dance studio. Finally got to

Every day is an adventure and we couldn’t love y

We were supposed to be in Maine this week. It was

Of all the things that were taken away from her du

My heart breaks for the people and city that I spe 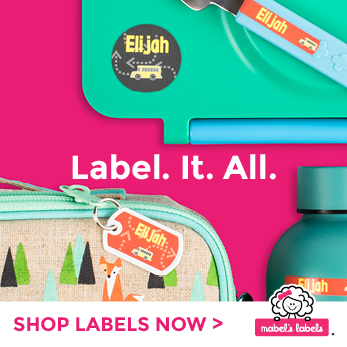 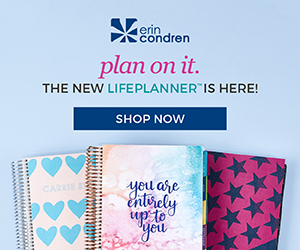