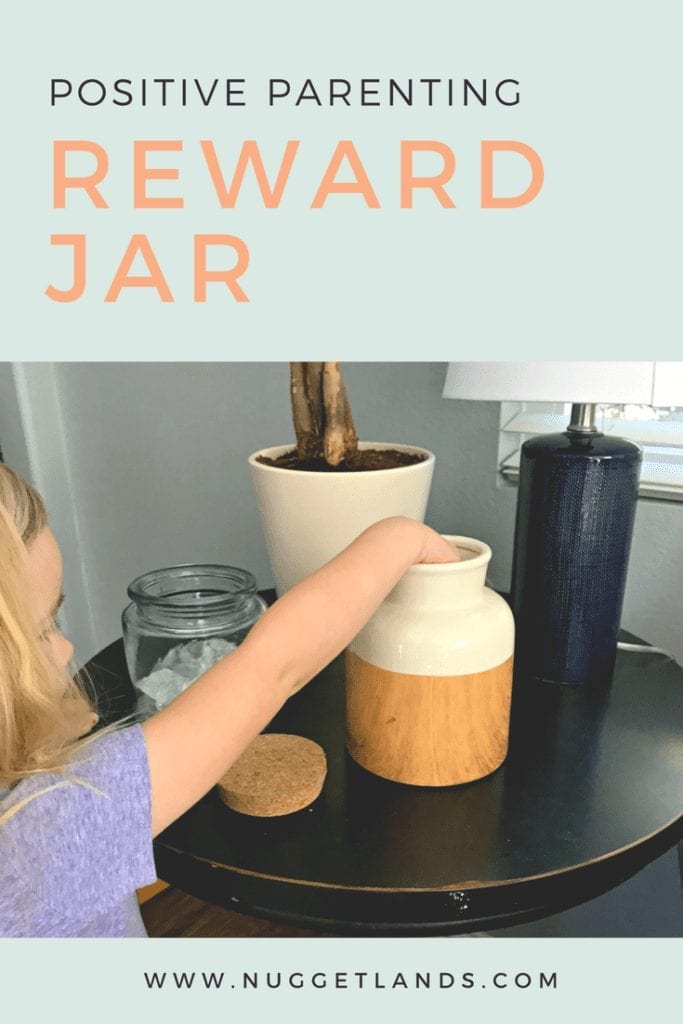 Positive parenting has always resonated with me (and my husband) and we’ve tried to incorporate it’s principles in raising our girls. I wrote about how we’ve used some of the techniques in regards to discipline here and while it’s been effective, we still needed some new tools.

A couple months ago we were really struggling with bedtime and just some overall behavior with Big Nugget. She was testing boundaries and rules and we were at a loss as to what to do. Nothing in our parenting arsenal seemed to be working and I found myself raising my voice more and keeping my patience less. I was sick of threatening to take toys and privileges away. None of it made any of us feel good. Something needed to change.

My bestie, who is an amazing marriage and family therapist, used a marble jar with her girls when they were about this age and it really stuck with me all these years. I decided to try it with Big Nugget and see if this might be something she would respond to.

This post contains some affiliate links – meaning if you click through the links and buy anything, the retailer will pay me a small commission at no additional cost to you! I never link to anything that I haven’t actually used.

We started with two jars and some clear rocks (because they were less of a choking hazard with Little Nugget and Big really loves rocks…I mean REALLY loves them).

I took her to Michaels and let her help me pick out the jars and the rocks so that she felt invested in the process. We chose this one (currently 50% off!) and this one.

I liked having the reward jar clear so she could see her progress. I explained to her that when she had a good bedtime or a good nap, or we see her being kind or helpful, that we will let her put a rock into the empty jar. Bad bedtimes or unkind behavior and she will have to take a rock OUT of the reward jar. Once that jar is full, she gets a reward. Something big. Something awesome. Something that she really wants. She chose a trip to Disneyland. Of course.

For the last two months, it’s been a mostly effective tool. She’s excited to earn a rock. You can see the sense of pride that she has when she earns a rock. What it hasn’t really done, is be the deterrent that I had expected it to be. She doesn’t really care if she loses a rock but I think that’s just her personality. She’s really more concerned if she’s upset me or if she’s “in trouble”. The great thing that’s happened since implementing this reward system is that I haven’t had to threaten that much. The point of this jar though really is to reinforce POSITIVE behavior and when kids feel better, they act better. Which is what I love so much about positive parenting.

I’ve also learned that while the promise of Disneyland and pride in earning a rock are great motivators, it can seem a little too far away and unreachable for a preschooler. So during the week, I’ve also set goals for the weekend. Last week, I promised that we’d set up the bounce house if she had a good week. And it worked. It worked really well for both of us.

Just like with everything else, it’s a work in progress. To be perfectly honest, she’s a VERY well behaved kid but just had the normal hang ups about some rules and bedtime. What works for her probably won’t work for her little sister. Lord help us all.

I listed some of my other positive parenting resources over on my Favorites page under Family, go check it out!