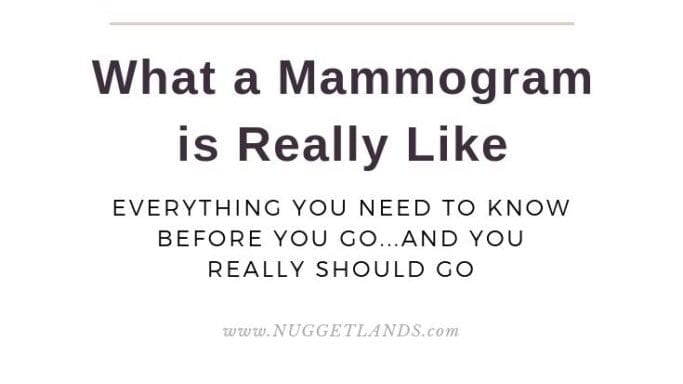 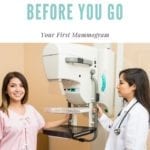 I had my first mammogram. It didn’t hurt. It was fast. It was negative. It was necessary.

I’ve known that I was due for a mammogram. I was actually overdue but since I had my second child at 40 and was breastfeeding for a year, I never scheduled it. Fast forward another year and I finally got around to making that appointment.

I had a lot of mixed emotions about it. I told myself it was no big deal. That it’s routine and needed for early detection – especially given that I don’t know 100% of my family medical history since I was adopted.

All of those things are rational thoughts. The part of me that was avoiding it was that little voice in my head that usually triggers my anxiety or a panic attack around my own mortality. My brain starts to run through all the bad things that could happen. At one point on the day before my mammogram, that voice made me remember a moment cause this could be the last “normal” day I had with my girls. The what-if’s started to creep in and I had to work really hard to push those thoughts out of my brain. Those are the thoughts that I was trying to avoid by avoiding a mammogram when really I just need to face them head-on and rationally tell that voice that my health is important.

I’ve witnessed so many people deal with breast cancer on various levels. People who are currently fighting it, people who have won their battle and some who have lost, and people who have taken steps to prevent it when their risk levels were high. You can read about my friend Christy’s double mastectomy – it’s brave and it’s eye-opening for people with a family history of breast cancer.

The bottom line is that I just needed to put my big girl panties on and make the damn appointment.

3 Things to know before you go

I got to my appointment early and ended up waiting for quite some time in the waiting room – which wasn’t exactly great for my anxiety. They finally called me back and had me disrobe just my shirt and bra. Thankful that I didn’t wear a dress and could keep my pants on.

The radiologist who performed my exam was very open and explained the entire process to me. The machine that was used in my mammography was a 3D imaging machine. She positioned my breast in the machine and told me to hold still and to hold my breath while the machine rotated 180 degrees to make the images.

The hardest part of the exam was holding my breath.

And waiting. The radiologist told me that my Dr would review the images and message me. I would also receive a printed copy of my results. Thankfully, I received the all-clear from my OB/GYN the next morning.

This once a year appointment can save my life and I’ve pledged to myself, and my daughters, that I’m never going to put it off again.